The top products featured at the 141st AES Convention

Neutron is the big brother of Neutrino, the freeware recently introduced by Izotope. It is a software dedicated to mixing whose particularity is that it provides so-called smart features: like suggesting specific EQ or compression settings after analyzing your tracks, or a tool that allows you to do away with the masking effect of certain frequencies. It's a sort of Alloy with an intriguing AI component…

SSL introduced the new version of its Nucleus control surface/audio interface. Behind the new gray and white finish is actually a new (Ethernet) Dante audio interface replacing the USB one, plus Talkback and the possibility to manage a second pair of monitor speakers.

It was a big convention for API, who unveiled its new Legacy AXS console with 32 to 60 channels, each track featuring 2 slots for 200 modules. The console boasts 24 main buses and 12 aux sends, 3 stereo buses and 5.1 handling, and it can also integrate a patchbay if needed. We have no idea how much it will cost, but it sure does look nice! ;-) 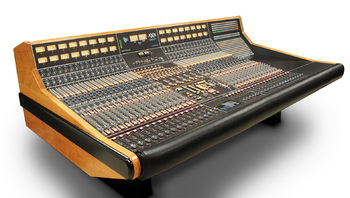 If you can't afford the console, you can go for the TranZformer, the first pedal of the manufacturer available in two different models for guitar and bass. They include a compressor and a 3-band EQ for only $579. Granted, it's not what you'd call cheap for a pedal, but it's still quite affordable for an API. We really can't wait to have it under our feet to see what it's got in it! 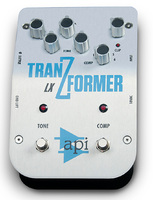 The great specialist in virtual effects with character, Soundtoys, introduced Sie-Q: a modeling of the Siemens W295b EQ commonly used in broadcasting. You can get it for free until October 13 and it's included in the 5.1 bundle of the company. This plug-in is the first-of-its kind by Soundtoys, which somehow makes us think that they might be starting to get interested in the mixing world.

With SPAT 2, Flux keeps on improving its multi-channel spatialization processor dedicated to sound for picture. Still based on IRCAM technologies, the plug-in has become a stand-alone app in its own right, thus overcoming the limits of the different DAWs in terms of inputs and outputs, as well as offering new routing possibilities. It's quite impressive!

After modeling compressors, preamps and EQs inspired on legendary gear (including a new quadruple preamp), Warm Audio has decided to tackle large-diaphragm condenser microphones as well, starting with one of the most celebrated among them. Its name? WA-87...Sounds familiar? 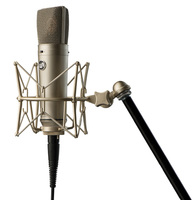 While Soundtoys focuses on EQs, Slate has taken up interest in effects with the introduction of Verbsuite Classics and the future arrival of RePeater developed by D16. Two effects that will be part of the Everything Bundle. And if that weren't enough, Fabrice Gabriel's team has also been busy with the FG-Stress, an emulation of the famous Empirical Labs Distressor.

A big specialist in EQ and compression, Blue Cat makes its entrance in the amp simulation market with Destructor. According to the software maker, this plug-in is capable of producing any type of distortion, be it analog or digital.

How about a channel strip for dessert? I wouldn't say not when it's Rupert that's cooking. Fresh out of his oven is a new channel strip made up of a class A mic preamp, an EQ based on the Shelford 5051 and 5052 modules and a new compressors inspired by the 2254. All for just 3,495 bucks.

As you can see, it was a pretty good AES Convention... Can't hardly wait for the next one!