7 Books For Understanding Film Music And Its History

A Selection Of Books About Film Music

When we start working with film music, the first thing we notice is the huge amount of literature on the subject. Imagine that we wanted to search for music used to portray demon-like figures à la House Of Wax throughout the history of cinema. Well, it might exist (and I'm hardly exaggerating).

How do we find it? In some of the books presented here, which are the result of extremely serious work besides being a pleasant read written at an accessible level.

Let's start with a short volume of only 160 pages in small format that is a real eye-opener when it comes to understanding the history and aesthetics of film music.

The chapters are divided according to questions or topics like "What Does Film Music Do?," "A History Of Film Music III: 1960 to present," "Composers and their Craft," etc.

Cinema didn't wait for sound to be synced to make use of music or sounds. Here are two selected titles on the topic

The easiest way to get directly to the heart of the matter, especially for musicians who know how to read music, this 300-page book (including 35 of appendixes and 80 of notes!) offers a good overview of the history of film music in the era of sub-titles. Plus it also dissects original scores, including two very significant ones: one composed by Joseph Carl Breil for The Birth Of A Nation (D.W. Griffith, 1915) and another by Érik Satie for Entr’acte (René Clair, 1924). Rich in scores and music analysis.

In this compendium of 460 pages, Rick Altman — an unquestionable authority and specialist who teaches at the University of Iowa — plunges directly into the sound and music in films before the sync period in the USA. Based on personal research, it provides the reader with lots of illustrations and reproductions of sheet music from that era. 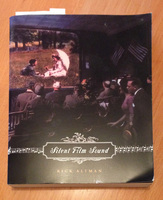 From silent films to today's movies

A History Of Film Music

From silent films to today's movies, Cooke, music professor at the University of Nottingham, offers in 500 plus pages a very comprehensive overview of film music, reviewing all countries where very distinct aesthetics were developed, from Germany to Russia, the USA, France, Italy, Japan, India, the UK, etc. The author deals with leading composers, from the very first French and American ones to prominent contemporary ones. Maybe one of the most accessible. 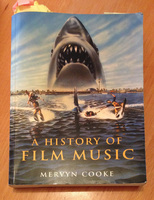 How to introduce Michel Chion? Let's just say that if there are any key figures when it comes to film music, he is undoubtedly one of them. His research and conceptual findings form a body of knowledge that ought to be included in the curriculum of any respected course dedicated to film music. What was that you said he was? Oh, right, a key figure..

In under 330 pages, Prendergast offers — as stated in the preface to the first edition — "one of the first attempts to provide a complete vision of the history, aesthetics and techniques of music for films." He makes a very comprehensive analysis of several OSTs and we can only be grateful for the number of (sometimes unpublished) scores offered to the reader. A must-have.