Unmixing a cake is not a piece of cake. But extracting vocals is.

HOW TO EXTRACT VOCALS FROM A SONG

Yes, it is, but only under certain conditions. For the sake of comparison, let's talk some gastronomy: can you separate an ingredient from an already cooked dish? Removing an egg from the top of a pancake is easy, but removing the eggs from the pancake dough is much more difficult.

It's the same for vocals and every other instrument of a song that you would like to isolate. It depends on the song and how complex the mix is. Bearing that in mind, we must consider different cases: 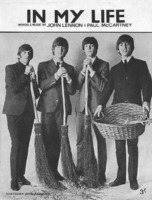 In some old recordings, made during the early stages of multi-track recording, vocals are usually on one side and instruments on the other, or at least the instruments are well separated between them. That's the case of "Julia" (The Beatles), where the right channel includes almost only vocals; or "In my Life" (The Beatles) where all vocals are in the left channel and almost inaudible in the right channel. If this is the case, just mute the left or right channel to isolate the track you're interested in while excluding the other one.

Some software based on phase cancellation allows you to remove the vocals, or an instrument, from a mix as long as it is right in the center of the stereo field. This method works fine only in a few cases. In most others, it's fully ineffective because the delay and reverberation effects spread vocals across the whole stereo field. So when you remove the vocals from the center, you will still hear its reverberated phantom on the sides. So which software should you use? All professional audio editors (Sound Forge, Audition, etc.) provide presets or tools to remove vocals. However, there are also some other plug-in solutions out there: 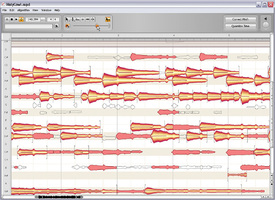 The "unmix" capability of Melodyne Editor is a real prodigy for DAWs: it detects the different notes played in a stereo mix and allows you to manipulate them. By manipulating we mean that you can extract or isolate single notes. Unfortunately, there is always a gap between theory and practice, so Melodyne will perform better or worst depending on the song... In fact, although the software is capable of detecting the different notes in a song, it cannot identify the timbre of the different instruments. For example, when the singer hits the exact same note as the guitar, Melodyne will detect only one note.

As a summary, you can try out different things on a song, but there is no one-size-fits-all approach. If you're still not happy with the results, there are other alternatives to audio processing:

Look for the maxi single version...

Some songs are also available in vinyl for DJs and they include vocals-only or instrumental versions. That's usually the case of many electronic music songs and all music genres aimed at the dance floor.

...Or get into video games 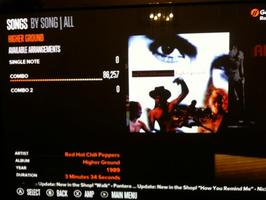 To create music games like Guitar Hero, Rockband or Rocksmith, some manufacturers had access to the multi-track recordings of well-known songs, so those games allow you to listen to a song without the bass, guitar, drum, or vocal track. From listening to recording, there is only one step. Using the proper cable for your TV or video game console, it should be easy enough to get the playback part you're looking for...

In any case, don't forget that the songs from which you want to take a sample of are almost always protected by copyright. If you publish the result of your sampling work, don't forget to respect the copyright of the original songs, otherwise you could get in trouble for copyright violation...