By Maxidingue on 11/11/2017
Value For Money : Excellent Audience: Advanced Users
It’s just a big-sized touchscreen designed to use ProTools or Logic X. Well, not only...
The multitouch screen comes with a piece of software which adds (down on ProTools’ screen) a bunch of programmed controls or batched commands. You can also program your own commands easily.
What’s great is that the mouse is originally only able to control a single fader at a time... So they added their own mixer which allows controlling 6 or even 8 faders in the same time.
Hence, every ProTools functionalities are at your fingertip, and a mere click on a batch command allows you to automatically insert your favourite compressor on each of the selected channelstrips...

I’ve only used it for a week so far but it’s REALLY user-friendly. Installing is easy, well described in the manual – or the many online videos available if you prefer. The only delicate point is calibrating the screen, but nothing too difficult.

Before the Raven, I’d mostly used an Avid MC Mix with MC control, but nothing on the market that was a strict equivalent to it.

Caution : it’s obviously a rather well-thought product, but it still needs some adjustment. Slate has worked hard on updates.
-some batch commands are reserved for ProTools HD (I use the LE version)
-being 100% comfortable and accessing all the most subtle commands requires using the keyboard in QWERTY mode
-the screen needs to be regularly recalibrated – it seems to be to go adrift after a few hours
-there are so many controls and templates that you sometimes have to look for what you want, but the ergonomy is rather well-thought and logical: you easily get used to it

Also, their forum is VERY reactive – a problem, a question? Drop a word on their forum and you’ll get your answer within a few minutes or hours (depending on your time zone).

I had long hesitated to take the plunge as 2000 bucks is a lot of money.
Frankly, this multitouchscreen + software combo is a real killer. They’ve entirely rethought how to work with a DAW. I haven’t mentioned the editing capacities that are offered on the “edit” screen, but as a whole you can edit whatever you want with a finger or two.

With pictures being worth more than a thousand words, I encourage you to go and see the various Youtube videos on this device. I personally really like this one (see the link further down), as even if it was made with the MTi’s big brother, the MTX, the concept remains the same.


EDIT
1- Newer versions of the included software now allow for use with Cubase, Ableton Live, Samplitude and Studio One.

3-I’ve signaled on the Raven’s official forum that some batches wouldn’t work with a French, AZERTY keyboard. After discussing with moderator Jameyz who told me they considered addressing the issue for the European market, I have in the meantime found a – very simple actually

– workaround
Go to preferences/keyboard
Add a secondary QWERTY keyboard
An icon appears in the menu bar, allowing to switch in real time between both keyboard layouts
As soon as the Raven’s been launched, make the switch
And, here you are! Everything works as expected.
Ain’t it great!

I’m now selling mine for a SSL Nucleus, due to my lack of room and my tendency to want to try and use just everything there is on the market. My geekness will be my undoing...


Competitors have now arrived – didn't I tell you this would be tomorrow’s mixing gear?... 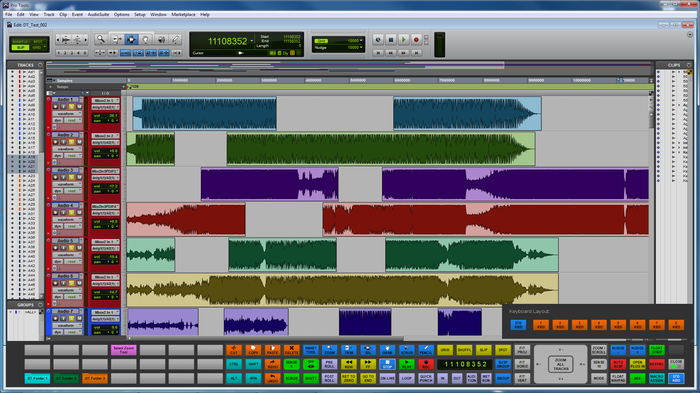 Did you find this review helpful?yesno