The Basics To Making Your Electric Guitar Sound Crunchy

How To Get a Crunch Sound

Historically, the first distortions were discovered by chance by one Dave Davies and an amp whose speaker cone he sliced. But since it is not very Audiofanzine-like to destroy our gear, here you have a brief overview of more conservative possibilities.

Those of you who still haven't found your clean sound, you can read here how to set your amp.

Amps that have three channels use the second one for crunch. If that's the case with your amp, everything will be easier because the preamp stage is meant to provide you a naturally moderate distortion.
There are also "modeling amps" that allow you to choose the type of amp you want to emulate. Once again, there shouldn't be a problem with such amps because the sound has been preset.
But the truth of the matter is most budding guitarists have amps with only one or two channels. So you will need to be crafty to get a good crunch sound!

No pain, no gain 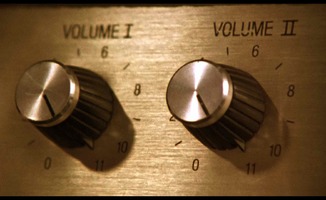 You have two options available, one of which usually gives better results than the other:

And if the saturation doesn't quite make your day, the EQ can help you with a bit of extra gain: boost all frequencies, especially the mids.

A pedal for a manly sound

If despite all your efforts the results with your amp aren't satisfying, you will have to fork out some money.

Every multieffects processor worthy of the name includes several crunch presets and they are sometimes very convincing. But such complicated devices may discourage musicians who just want to plug in and play.

In which case, you can find a plethora of overdrive pedals, from the mythic and pricey Ibanez Ibanez TS-808 to the entry-level Behringer OD400, including the traditional Boss OD-3 and others. The not insignificant advantage of these pedals is that they allow you to have a crunch sound at low volumes, sparing you the complaints of your fellow musicians (and your neighbors). Obviously, whenever you can, I would strongly recommend you to try the coveted pedals for yourself, since each has its very particular character.

Finally, if you have won the lottery and want to make a good investment, consider a tube amp. Transistors allow us to do formidable things, but the warmth and naturalness of a cranked-up Vox, an Orange and even a Hiwatt are simply unmatched (call me reactionary if you will).