This might surprise some of you, but for dialog to be truly useful, you need first of all to learn how to... listen! A dialog where none of the parties is listening to the other is actually just a superposition of monologues, which isn't too productive.

Coming back to the point of view of the audio engineer/music producer during a record production, how can you possibly get a sound that lives up to the expectations of everybody involved without having actually figured out what they expect? It's certainly impossible: you first need to know what the problem is before you can find an answer to it. So, before starting any recording I recommend you to sit down and listen to what everybody involved (songwriter, composer, musicians, etc.) has to say so you really get and idea of what they are expecting from the song being produced. Once that's done you need to sort the wheat from the chaff to make all these different views compatible with each other so that everyone is motivated to give his/her best for the sake of the song. All of this will obviously translate into technical decisions during tracking, mixing, etc.

Is the last paragraph still too vague? Maybe an example will help you really get the point, and even though it's not an example from a studio but rather a live experience I think it will serve the purpose just fine… 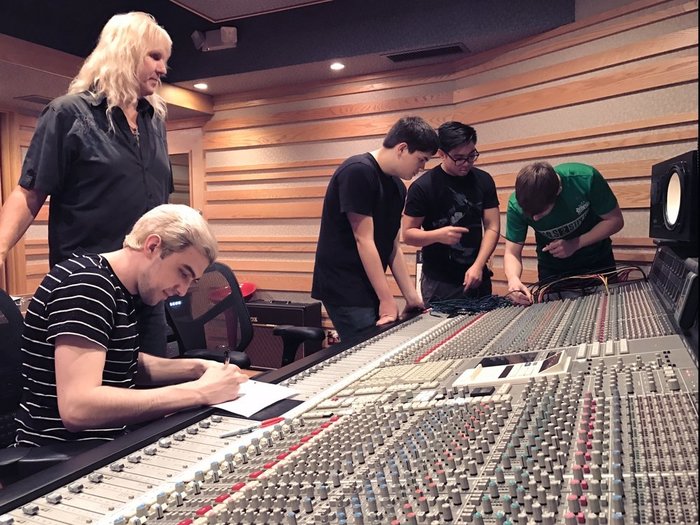 Some 7 years ago, I was called up as a replacement sound engineer for a concert hall where mainly world music was played. Suddenly, I found myself having to mic instruments as exotic as a saz, a balafon, or an erhu… As you can imagine, coming form the world of modern Western music, I was completely clueless as to how to mic correctly most of these instruments. And right then I remembered a thing my philosophy teacher repeated constantly during high school: "when you don't know, you need to ask and, especially, listen. If you listen you will learn." Consequently, I went to the experts for advice: the musicians themselves. After all, it was them who new their instruments better!

So I asked them all sorts of things about the sound of their instrument: where exactly it came from, which were their main characteristics (tessitura, dynamic range, etc.), how it was usually miked, etc. I also asked them about their expectations in terms of sound (color, texture, function within the song, etc.). And I obviously asked them to play a song for me, so my ears could familiarize themselves with the sounds of this entirely new genre. After having listened to them attentively I confronted this new information with my own experience and know-how to try to find the best technical options at my disposal. I then implemented the solution which I thought was most adequate to the situation. And after exchanging views with the musicians a couple of times to fine-tune the result I was able to get something that was satisfying for everybody involved.... In fact it was so satisfying, that instead of a week, I ended up doing the gig for almost six months!

And that's what I mean when I say that listening is an essential prerequisite for dialog. This is, in my humble opinion, the best way to get things moving!

And now you'e probably thinking: "That's all pretty nice when you work with other people, Nantho, but I'm all alone in my studio!" I know perfectly well that most of you work from your bedroom, where you have your "Home Alone Studio." But that's the same for me when I'm working on my own projects. So, how should you tackle these sessions of creative onanism? That's something we'll discuss next time...!