The top brands for acoustic drums

The question we asked the French Audiofanzine community was: Which is your favorite drum brand?

And here are the results: 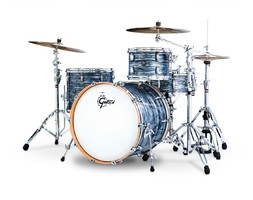 Well-known not only for its drums but also for its electric guitars, the US brand landed the top spot in our poll. Established in 1883 by a German immigrant, Friedrich Gretsch, the company started selling banjos and tambourines before entering the drums and guitar markets. In the '60s, many prominent jazz drummers, like Elvin Jones, Tony Williams, Art Blakey, Philly Joe Jones, and Max Roach, started using Gretsch drums, more specifically the "round badge" model, which has remained a great classic to this day. But besides being a household name in the jazz world, drummers in other genres have also contributed to its fame, like Phil Collins (when he played with Genesis), the Rolling Stones' Charlie Watts, Brad Wilk (Rage Against the Machine), and even Taylor Hawkins (Foo Fighters). 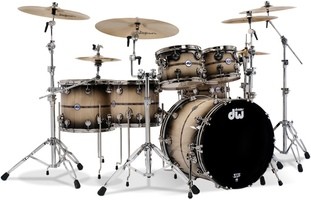 Runner-up was the California-based brand established in 1972 by Don Lombardi. Its first product was a height-adjustable drum seat which became an instant success. This allowed DW to buy manufacturing gear from Camco to produce its own drums. The brand's second great success was the 5000 Series of kick drum pedals which was later expanded to include a double pedal and hi-hat stands. DW would later open a subsidiary company called Pacific Drums and Percussion in Oxnard, CA, to sell more affordable products. Among the many drummers who play DW are Chad Smith (Red Hot Chili Peppers), Dave Grohl, Dominic Howard (Muse), Steve Jocz (Sum 41), Scott Davis (Judas Priest), Nick Manson (Pink Floyd), and José Pasillas (Incubus). 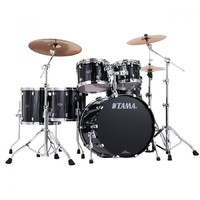 The celebrated Japanese brand made it only to the 5th place, behind Ludwig and Pearl. The R&D department and the manufacturing plant of the high-end products of the brand sits in Seto, Japan, while its most affordable drums are made in Guangzhou, China. The company started selling drums in 1965 under the name "Star Drums," because the name of the founder, Hoshino, can be loosely translated as "Star Field." The brand's first kits were manufactured in the first Ibanez guitar factory, and the Imperial Star and Royal Star models would become a great success in the USA due to their very affordable prices compared to the likes of Ludwig or Slingerland. It wasn't until 1979 that Hoshino decided to manufacture high-end drums under the Tama brand. The company would buy Camco, together with DW, which gave it access to the company's patents and use of the name. Among the artists using Tama drums are John Dolmayan (System of a Down), Bill Ward (Black Sabbath), Lars Ulrich (Metallica), Stewart Copeland (The Police), and Paul Mazurkiewicz (Cannibal Corpse).