Should You Bolt to Thunderbolt?

Thunderbolt technology could supercharge your studio

We spoke to representatives from a number of interface manufacturers to get their thoughts on the importance of Thunderbolt, and you’ll be hearing from them throughout this article.

What’s all the hubbub?

For those not familiar, Thunderbolt is an I/O technology, originally developed by Intel under the name Light Peak. It offers a huge increase in bandwidth over FireWire and USB, giving you the performance of an internal PCIe card for your external peripherals. In fact, Thunderbolt is based on PCI-E, and can access the PCIe bus in your computer.

If your CPU doesn’t have Thunderbolt, and you’re not thinking of upgrading anytime soon, then it doesn’t really matter to you, at least not now. But if your computer is long in the tooth, or you have a recent model with a Thunderbolt port, it can be a big deal in a number of ways. Anyone who’s bought a Mac since 2011, will notice that they no longer have a FireWire port, because Apple has replaced FireWire with Thunderbolt on all new models.

If you’ve made a large investment in FireWire peripherals, don’t freak out about that, because relatively inexpensive Thunderbolt to FireWire adapter cables are available, so even if you had to replace your computer, and the new one had Thunderbolt instead of FireWire, you could still use your current hardware. It won’t run any faster than it did on a FireWire 800 port, however.

So what are the advantages of Thunderbolt peripherals over their FireWire counterparts? There are several, and they’re all important. As mentioned, Thunderbolt has a huge bandwidth advantage. On paper, Thunderbolt is capable of up to 10 gbps (gigabits per second) of data throughput, in both directions, whereas FireWire 800 offers a relatively meager 800 mbps (megabits per second). So Thunderbolt can handle a lot more data more quickly.

So what benefits does Thunderbolt’s huge bandwidth advantage bring to you in the audio realm? For one thing,  you can have a lot more channels than you could with FireWire. “We've more than doubled the number of physical I/O you can have in a single system,” says Gannon Kashiwa of Universal Audio, referring to Thunderbolt-equipped Apollo interfaces.

MOTU’s Jim Cooper says, “Our new Thunderbolt interfaces, the 1248 and the 16A offer 128 channels simultaneously in and out.” While that might seem like overkill, bear in mind that it also gives you the freedom to record large projects at higher sampling rates, like 96 kHz or 192 kHz without worrying about overtaxing your audio system. Having all that bandwidth also allows for recording with lower buffer sizes, which means really low latency.

Roger Robindore of Apogee provided this data of a comparison his company did of latency between Thunderbolt and FireWire (measured analog in through the DAW to analog out):

In both examples 1 and 2, the latency with the Ensemble interface was quite a bit less. But all the manufacturers I spoke with, not just Apogee, were singing the praises of Thunderbolt’s low latency. “The latency we can achieve with Thunderbolt and our own implementation of the technology,” says Joe Lawton of Focusrite, “allows for round trip latencies previously only seen on PCIe cards. For example, customers will be able to track through plug-ins hosted in the DAW with zero audible latency.” 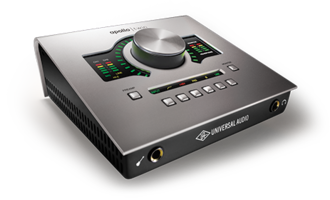 Lower latencies in Thunderbolt can be indirectly attributed to a technology in it called Direct Memory Access (DMA): “This is a Thunderbolt peripheral’s ability to transfer data with the Mac’s memory directly without the intervention of the Mac’s CPU,” says Robindore. “Since the CPU isn’t required for the data transfer between peripheral and Mac, it’s freed up for things like plug-ins and processing.”

With the CPU's load lightened, it can handle smaller buffer settings and thus lower latency.

And not only that

Thunderbolt’s ability to quickly pass huge amounts of data gives it yet another advantage. ““Thunderbolt's massive bandwidth is actually overkill for audio, even high channel-count, full-bandwidth PCM audio at high samples rates,” says Cooper. “But from a practical standpoint, it gives you the ability to connect multiple devices on the Thunderbolt daisy chain, including hard drives and other non-audio devices, without having to worry about getting crackles and pops in your audio and other similar performance issues. With FireWire or USB, that could turn into a pretty serious problem when you add several devices to the bus.”

A Thunderbolt port can support up to six chained peripherals. Thunderbolt also includes DisplayPort protocol, so you could even include your computer monitor on your Thunderbolt device chain.

Data-transfer format changes happen relatively quickly in the computer world, as peripherals race to keep up with the relentlessly increasing speed of CPUs. That being said, Thunderbolt seems to be positioned to hang around for quite a while. Keeping up with Thunderbolt itself may be a little tough, though, as it’s already changing from Thunderbolt 1 to Thunderbolt 2, which has the same bandwidth but can support 4K video. Thunderbolt 3, which promises to double the bandwidth, is not that far off. Like with USB, backwards compatibility will ensure you can still connect older Thunderbolt devices to newer CPUs or vice versa, but you’ll be limited to the speed of the hardware with the earlier version of Thunderbolt. But don’t worry, even Thunderbolt 1 is ridiculously fast.

“I do believe Thunderbolt is going to be with us for a long time,” says UA’s Kashiwa. “We are still in the early part of the third party development cycle, so we are going to start seeing a steady stream of Thunderbolt audio products as other manufacturers catch up.  I also think it has a pretty secure future because there are many customers for a fast and wide transport layer — video and storage for example — so audio is just a part of a larger audience that benefits from it.”

While Thunderbolt has been rapidly incorporated into Apple’s controlled ecosystem, the more diverse Windows universe hasn’t been as fast to jump on the bandwagon. “Under Windows everyone expected Thunderbolt to have its great breakthrough already two years back, and it still didn't happen,” says Matthias Carstens of interface maker RME. “Motherboards that have Thunderbolt are few, and full working support is even less than that, as Windows and the BIOS must work perfectly together. Welcome to reality!” 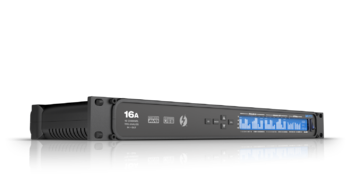 That said, Hewlett-Packard, certainly a major computer manufacturer, is offering Thunderbolt on many of its models, recently, and it seems likely that more will follow suit.

To upgrade or not?

Whether you should upgrade now to Thunderbolt depends on a number of factors. “I wouldn't convince you to upgrade just so you could use Thunderbolt, necessarily,” says Cooper.  “To me the decision will be driven more by other factors in your recording system, like changing I/O requirements, or the age of your computer. If it's time to upgrade your computer, then you should definitely do so, and the new machine, at least if it's a Mac, will probably have Thunderbolt on it, so it would make sense to also add a Thunderbolt interface.”

If, on the other hand, you’re happy with your audio interface and your computer is relatively new, you may not feel inclined to upgrade yet. If you wait, you may be able to take advantage of even greater speed and bandwidth available in Thunderbolt 3 or any iterations after that.