I'll use another harmonizing example which allows me to pull off a bass line in the form of a diatonic progression. We have the following melody, played with a light swing, like that of article 31:

To accompany it, we have the C major, E minor, F major, and G major chords, starting in their closed root position (see previous article):

The open inversions allow me to harmonize it the way I want: 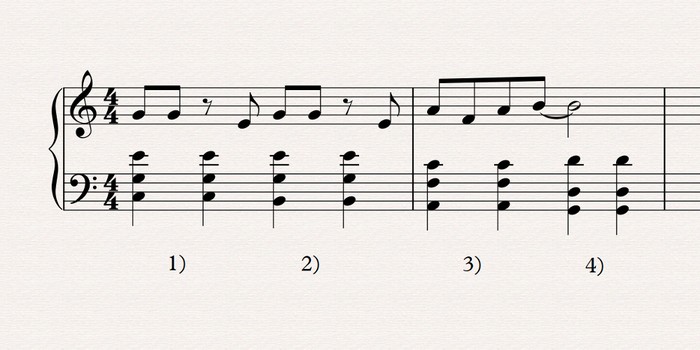 The outcome is the following (all chords in open position):

Do note that, with this sort of progression, the first and last chords are usually in root position and the middle chords in an inversion.

In the previous article we mentioned briefly added-tone chords (article 14). Such chords are built adding thirds beyond the seventh: a ninth, an eleventh, a thirteenth, etc. And when you add these thirds above the seventh, you say you have added tensions.

Why? It's very simple. These notes are thirds with respect to the seventh, which makes them consonant (article 23). But that's only in relation to the seventh. When it comes to the eighth (or root), they are seconds, fourths, etc., i.e. dissonant intervals (article 23, again). And that changes everything! The ninth, for instance, which is a third above the seventh, is only a second above the octave. And the second is one of the most dissonant intervals there are! So it's particularly important to place such tensions wisely, to have them as far as possible from the root of the chord.

How to integrate tensions

For chords in root position, the tensions can be placed above the basic voicing:

Between two notes of the voicing: 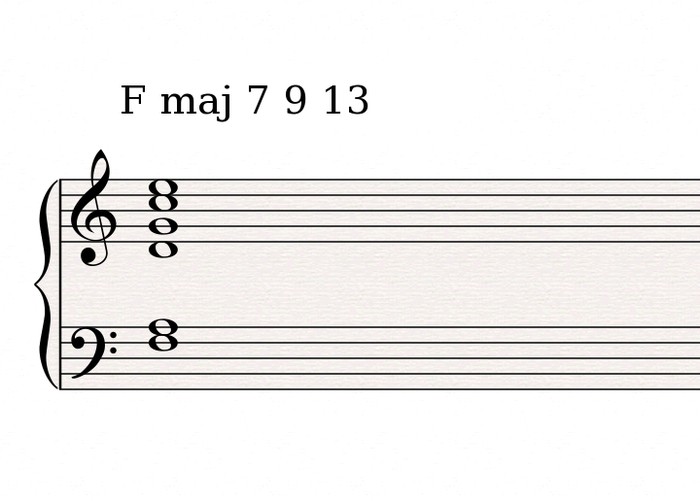 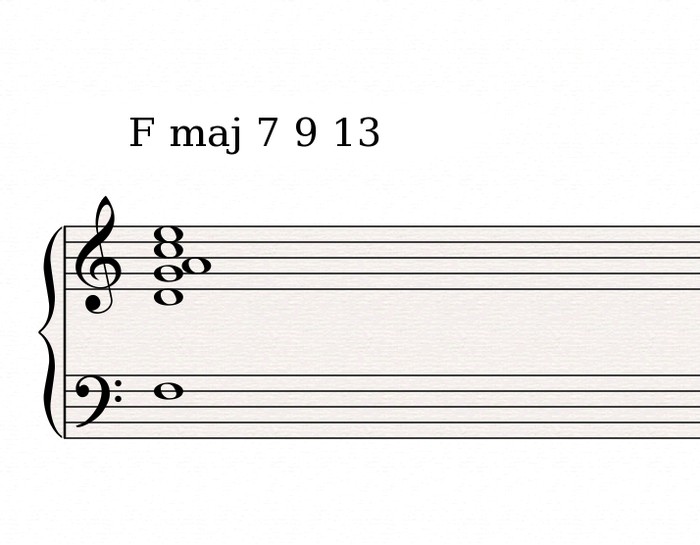 For inverted chords, you should try to place the tensions close to the melody; it's the only place where they won't create dissonances. 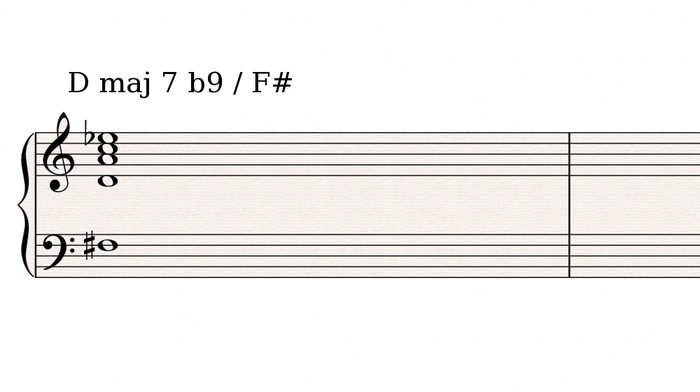 And you should never put a dissonance in the bass, unless it's a chord like the E7 9 here: 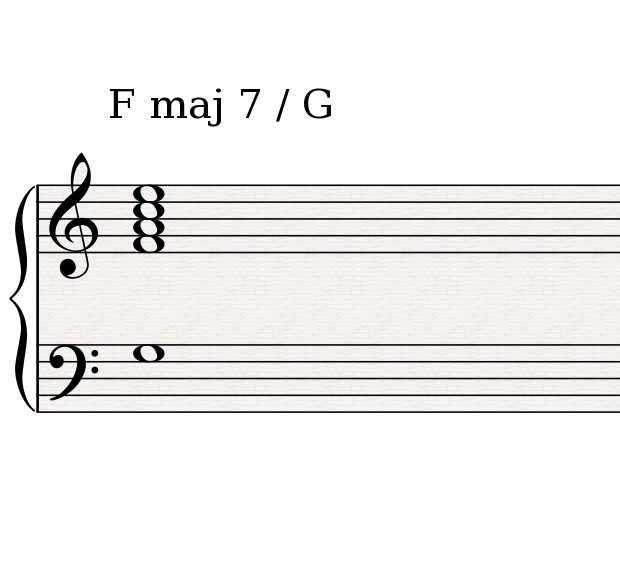