By "alternative mix" I don't mean a "remix" of your song, but rather versions that are just slightly different. You never know when you will need them and they might make your life much easier later on, so it's better to do them now that you still have the project fresh in your mind. It will only take you a couple of minutes, whereas retaking a project several months – or even years – later is a whole different story. But be careful, for the operation to be lasting, you should name the different exports, as well as the DAW projects associated to them, as clearly and self-explanatorily as possible, so you can find them later on easily. 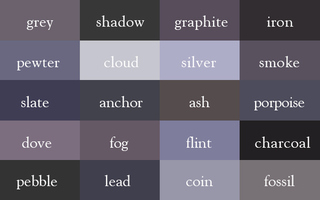 These four versions, together with the main export, are the absolute minimum you need to make for each of your mixes. But you can still do a couple more, as you will see next week...But, what's the goal of making so many versions, you ask? Basically to simplify the life of the mastering engineer. In most contemporary music genres, the vocal track is at the core of the song. With all these different exports, the person in charge of giving your track the final touches will have greater leeway when it comes to dealing with the vocals, which will make it easier to get an optimum result. It goes without saying that, in order for the maneuver to work seamlessly, it is absolutely indispensable that all these different versions are in sync. In other words, the starting and ending points of each and every one of the versions must be exactly the same, so there are no issues when you need to combine any of them, like the Instrumental and A Capella versions, for instance. I know I've said this in the previous article, but a friendly reminder can't do any harm.The first versions I suggest you to make are pretty standard but incredibly useful when the track is going to be mastered by a third person. They are usually called Vocal Up, Vocal Down, Instrumental, and A Cappella. As its name implies, Vocal Up is a mix where the main vocal track is significantly higher. As a general rule, one or two dBs ought to be more than enough. For the Vocal Down version you do pretty much the same, but reducing a couple of dBs. The Instrumental take is, obviously, without any vocals. When you export this version make sure not to leave any trails of the vocals in the returns of effects such as the reverb or delay! Finally, the A Capella version includes only the vocals, with all their effects, i.e. inserts and effects returns of any aux buses (reverb and/or delay, for instance). Once again check the returns for any other signals! If by any chance another instrument feeds the same bus, there might still be traces of them around, which is definitely not what you want. Do note that you might want to have two different exports of the vocals: one for the main vocals and one for the backing vocals.