Headphone mix for the singer - Part 1

I'm the kind that thinks that if it goes without saying, then you might as well say it anyways, so let me begin by highlighting the importance of cue mixes for musicians. A musician recording without a headphone mix is like a painter trying to paint with his/her eyes covered: the result will most probably be surprising, in the bad sense of the word. Likewise, having a bad headphone mix is like painting when you have serious sight problems. Are you into daubing? You get the idea: the quality of the performance of a musician depends a lot on his/her ability to hear clearly what he/she is playing while at the same time being able to hear what the other instruments are doing. That applies to all musicians, but even more so to singers. Indeed, the extremely intimate nature of the vocal instrument I mentioned in a previous article makes singers particularly dependent on a good cue mix. And this is where things start getting complicated...

In an ideal world, the singer should have the cue mix going through a pair of closed headphones to avoid any crosstalk issues. And yet, listening to your own voice with such a setup can be pretty strange. If you've never had the experience, I invite you to sing into a mic while listening to yourself with a pair of closed headphones. You'll probably notice that it's far from being natural, it's even unpleasant. It's like when you hear your own voice coming out of the answering machine and you have a hard time recognizing yourself. This awkward situation is certainly not the best to get an optimal recording, especially if the performer is not used to working in the studio. But what can you do about it? There are several options at your disposal. 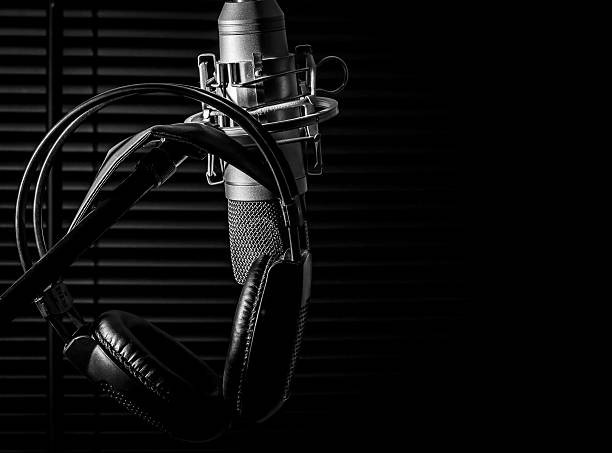 The first and best one, in my humble opinion, is to create a perfect headphone mix for your singer. Problem is it entails a good know-how and the gear to match it. I won't go any deeper into this option because there's lots to say about it, but don't worry we'll discuss it in a forthcoming installment.

The second option consists in asking the singer to remove one of the earcups from his/her ears. This will allow him/her to listen to his/her voice more naturally, which ought to make everyone's life easier. But be careful, as easy as it seems, you need to take some precautions for the plan to work. First of all, make sure not to include the voice of the singer in the headphone mix, to avoid disconcerting him/her. Also, send the mix in mono to the earcup the singer is using so that he/she doesn't miss half the musical information. Finally, you might want to mute completely the sound from the earcup not in use, to avoid any crosstalk.

The third option consists in using a pair of open or semi-open headphones instead of closed ones. This type of headphones is usually much more comfortable and the "near-natural" listening experience they provide ought to be more pleasant to the singer. I know, you might end up with some mic bleed, but that's better than nothing and you'll see later on that it's possible to live with a bit of crosstalk under certain conditions.

And finally, the last option entails getting rid of the headphones and using a monitor speaker to provide the cue mix. In this case you obviously need to consider the crosstalk, but as I just mentioned a couple of lines above, this shouldn't be too much of a problem if you know how to deal with it.

More on all of this in the upcoming articles...