Look after the musicians

As the saying goes: shit in, shit out. So today we'll address a topic that's indirectly related to the subject of this series, but which nevertheless is of utmost importance if you want to get quality results: Working with a musician, so he or she can give you the best he or she has.

Readiness can go a long way!

The first remark I'll make could be considered a statement of the obvious, but still, I think it's useful to mention it as an undeniable prerequisite for things to go smoothly during a recording session: Musicians ought to know the song they are about to perform inside out. Something I don't think I need to delve too much into, so I'll move on.

Another thing you shouldn't neglect is comfort. Do you really think it's possible to concentrate on your performance when your are sitting on a wretched old chair with rusted nails coming out of it? Granted, I'm exaggerating things here, but you get the point, right? You really need to pay attention to the working conditions, A peaceful environment with decent and comfortable furniture won't do any harm, on the contrary! It will only help to create a relaxed atmosphere and reduce the musician's stress. Because, truth be said, most musicians feel a lot of pressure when they are about to record. In fact, a recording session in a studio is a very unnatural situation for them. And the fact that they usually have to play without their bandmates doesn't help either. So it's up to you to make it as easy and comfortable as possible for them. 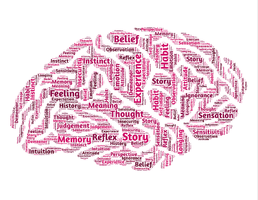 And since we are talking about comfort...Musicians ought to be able to hear whatever they need in order to be able to perform their best. Some will ask for this or that instrument in their headphones, some others will just ask for a click, or a bit of reverb on their own instrument. So do try to satisfy anything they fancy, it will be in the best interest of the production. Do note however that the suppleness this demands won't be possible unless you've taken good care of the details during pre-production, but we'll come back to this later on!

And don't forget about time management and fatigue. Try to minimize the amount of time you keep the musicians waiting, because it will only add to the stress they are already experiencing. On the other hand, playing an instrument is like doing sport. Do you think Usain Bolt would perform as well in his 20th race of the day as in the first? Obviously not. Well, it's the same with music. So try to get the best results with as few takes as possible. Besides, this poses a significant advantage later: it will save you lots of time when picking takes and also during the editing stage, since you won't have to go through a myriad of possibilities to make a choice.

To finish, the last suggestion that comes to mind is purely psychological. All artists hesitate, even those who seem to be extremely self-confident. So it's important to reassure and encourage them regarding their performances. Don't hesitate to give them some pointers in order to get a performance that suits better the overall production, but try not to meddle too much to avoid annoying them. After all, they are frail human beings. Trust me, I know what I'm talking about.

One final remark before calling it a day. Many home studio owners work on their own and record only themselves. It doesn't matter, the advice I give in this article applies to them, too. As the saying goes: charity begins at home.

See you next week!