Making the best of other's opinions of your mix

Before going into the actual debriefing, the first thing to take into account is the behavior of the listener when you played the song back. Physical reactions are excellent signs of the song's emotional impact. Did he/she bob his/her head or stomp the feet, in case the song lends itself to it? And if he/she did, when did it happen? Did the listener show signs of surprise when expected? Did he/she seem to have a problem staying focused on the music? Pay close attention to all external signs: the movement of the eyes and eyebrows, the mimicking of the lips, the gestures of the hands and arms, the swinging of the legs, keep an eye even on the hair! All these things reveal reflexes, which represent the effects your music has on someone who's listening to it for the first time ever. So take these signs into consideration and confront them to the vision you have of your mix. If everything matches your expectations, then you've done a good job. Otherwise, you might have to review something. 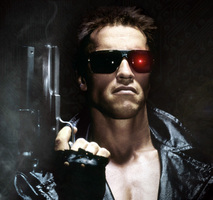 Start with a simple "So?" and listen attentively to his/her first impressions. Even if putting something into words entails some sort of reasoning, the first words always have something instinctive to them, and hence reveal the emotions conveyed by your music. The vocabulary employed by a novice in terms of mixing shouldn't be taken lightly, because it can always be easily translated into something more concrete in the technical domain. And it is precisely in this translation that the difficulty lies. To understand better your listener, it might be useful to know what his/her musical taste is beforehand. And if he/she says something that seems too vague, don't hesitate asking him/her to explain it better using examples of other well-known tracks, so you can grasp better what he/she is trying to say. But be careful not to interrupt him/her when he/she is expressing his/her first thoughts, or you might kill the inspiration.

Once that first burst of ideas is over you can start with specific questions on the points that interest you most. You could, for instance, ask whether the vocals are intelligible enough, if the drums and bass sound fine, or if this or that section caught the listener's attention. In short, now is the time to put the dots on the i's that trouble you. You will probably realize that most of these issues are irrelevant to the listener, but hearing it from someone else will allow you to focus on what really counts.

In the next installment I'll show you how to analyze your mix with the help of a select audience.