Help With Producing a Singer in the Studio

Many singers do a better job when the “vibe” in the studio is as relaxed as possible. If you can, lower the lights a little, make sure the temperature is comfortable, and put out a bottle of water for the singer before he or she arrives. If it fits the mood and music style, even light a candle or two for ambience. It’s also very important to project an air of confidence that everything is under control. If you’re having technical issues, keep them to yourself. 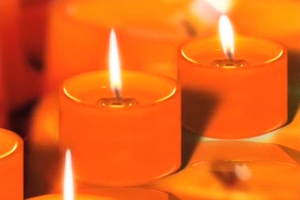 It helps to have as few additional people as possible attending the session. If the whole band is hanging around, it’s likely to be a distraction that will make the singer feel more self conscious, which could lead to a more tentative performance.

Remember that even if a singer is experienced as a live performer, singing in the studio is a completely different thing. Every note is played back, evaluated and scrutinized. For someone who isn’t used to the process, it can be pretty unnerving, so it helps to make things as comfortable and calm as possible.

Sometimes, you can get lucky and record the singer’s initial take when they think they’re still just practicing. Do it when you’re ostensibly still checking vocal levels. Tell the singer to run through the song once for practice and a final level check, but actually record it. Sometimes you can get a great take because the vocalist feels relaxed, thinking it’s just a warm-up. It doesn’t always work, but it’s worth a try, especially with an inexperienced singer.

Once you’re “officially” recording, you’ll want the singer put down several full takes, from which you can later make a comp. That strategy usually works better than stopping and starting and punching in to construct a single good take. It will feel more like a performance to the singer if he or she is singing the full song (or at least big sections of it), rather than recording one or two lines at a time — and the results will likely be more energetic. You can fix a lot of stuff later via editing and pitch-correction software, but you can’t inject energy and emotion into a vocal performance, after the fact.

Speaking of pitch, if the singer is having trouble singing in tune, be careful how you deal with it. Pitch is a touchy subject for many vocalists. If you’re constantly pointing out pitch problems, it can really get into the singer’s head. If that happens, hitting the notes accurately will become even more problematic.

If you’re hearing pitch problems, try turning up one of the chordal instruments, or even the bass, a little in the headphone mix to give the singer more to grab onto pitch wise.

You can also suggest to singers that they take one side of their headphones a little bit off one ear, which allows them to hear their natural voice louder. Try to frame the suggestion in a positive light, as a way to hear better, rather than as a way to fix pitch issues.

Throughout the session, you want to emphasize the positive, and not break the singer’s confidence. It won’t matter with a seasoned pro, but for someone without a lot of studio experience; a little coddling can make a big difference.

Know when to stop

Eventually during the session, the singer may hit a wall (figuratively), after which additional takes are not producing useful results. Hopefully, by that point, you’ll have more than what you need to comp together a full take.

When you reach that point of diminishing returns, take a break, and listen back to what you’ve recorded. If there are just a few lines or words that need fixing, it’s worth at least trying to have the singer punch them in then and there. If substantial parts of the vocal still need to be redone, though, call it a day and reschedule another session with the singer for a later date. Make sure to write down the mic and preamp you were using so you can recreate the sound for next time.