The layering technique was first used for pop music back in the '80s and it basically consists in using samples to back the original recording of a drum kit element, or even replace it. It is usually utilized for the kick, snare or toms, but nothing stops you from using it for the cymbals, although it's a bit more complicated.. 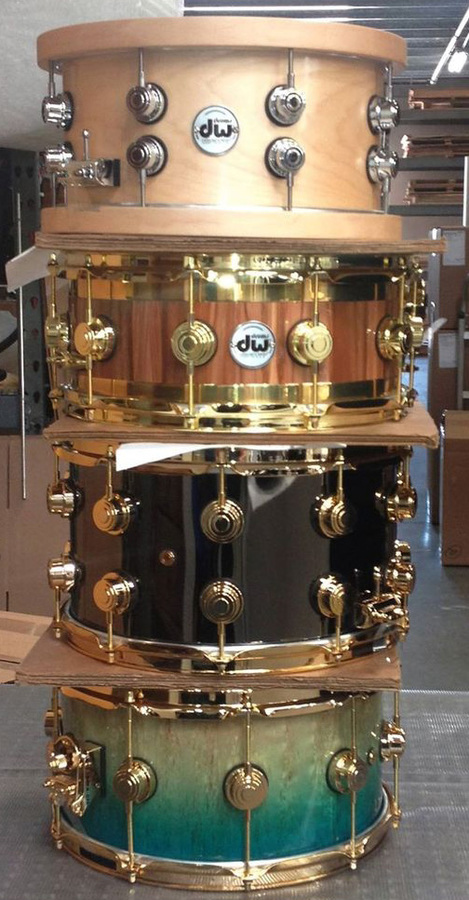 Why go through the trouble, you ask? To get a better control of the sound. Layering samples allow you to achieve things like this:

What's more, the samples have no bleed, which makes them much more manageable during mixdown. In fact, the "purity" of a sample taken from a quality sound bank allows you to abuse it with EQ, compression or reverb without having to think about the collateral damage on the other kit elements.

Moreover, it allows you to have absolute control on the level of each hit. This way the performance can be much more consistent throughout the entire song and, hence, potentially more "massive," if need be. Finally, layering can be a true blessing in a home studio situation because it allows you to get a "professional quality" drum sound without the need of having access to the infrastructure of a big studio. Do note however, that a decent overheads recording is a not insignificant asset, since, as I've already told you, cymbal layering isn't that straightforward.

Ethical issues apart, this technique is not without perils, though. While keeping the groove, detractors of layering commonly argue that the drummer's touch does get lost. Not to mention the risk of standardization due to everybody using the same sound banks on every production. And if you apply it indiscriminately and/or with poor quality sources you can end up with the machine gun effect of a cheap drum machine.

As far as I'm concerned, layering is only another tool. What's important is what you do with it, how you use it and whether you use it proportionately. If using it allows you to achieve whatever it is that you are looking for, then so be it! For instance, I don't think it's interesting for jazz or whenever the musicality of the drummer is crucial. On the other hand, it might be perfect for a metal production where you want to translate as accurately as possible the double bass drum, for example. As usual, it all depends on context.

In the next article we'll discuss the tools that allow you to approach layering under the best possible conditions.