I won't talk here about MIDI and how to use it to get a more human result, that might be subject of a forthcoming article. Today we will focus on the sound of the virtual instruments itself.

Be it a bass, a guitar, a piano, a strings section, a set of drums, or any other instrument, it's important to remember that, for the most part, these instruments are not intended to reproduce the real sound of an instrument but rather the result of the recording of the instrument. In other words, the goal is to render the sound stemming from the recording of the instrument with one or more mics/preamps/etc., and not to reproduce the sensations that a listener would have if he/she were actually listening to the musician perform in front of him/her. And this distinction is crucial because it conditions the way you should approach your work with these software tools. In fact, many of them provide exceptional possibilities regarding the handling of the "virtual recording" of the instrument. Hence, it's wise to try to look at things as if you were to record the actual instrument in your own studio! That's not clear enough? No problem, let's look at the issue in more detail…

As usual, Golden Rule #1 applies: the sound of the source ought to be as close as possible to the sound you wish to get. When working with virtual instruments, that means choosing the right virtual instrument. Why choose a Steinway-like grand piano if your song demands a honky-tonk sound? What sense does it make to use a drum kit with a 26" kick if you are going for a smooth jazz sound? In short: choosing carefully the virtual instrument to use according to your goals in terms of sound is crucial and it's a task you shouldn't take lightly. And I insist on this point because, as a general rule, when a person uses a virtual version of this or that instrument, it's probably because he/she doesn't play that instrument at all. And unfortunately this results in the person being much less demanding regarding the choice of the VSTi. For instance, if you play guitar you probably can tell the difference between a Strat and a Tele easily, whereas a drummer will only see an electric guitar and won't question whether it's a single-coil or humbucker, etc. Conversely, a guitar player won't mind the diameter of the drums as long as they can make a bang. I know this seems overly exaggerated, but it's much closer to reality than you'd think, unfortunately. So my point is that you should pay more attention to your choices of virtual instruments, especially if it's not an instrument you actually play! 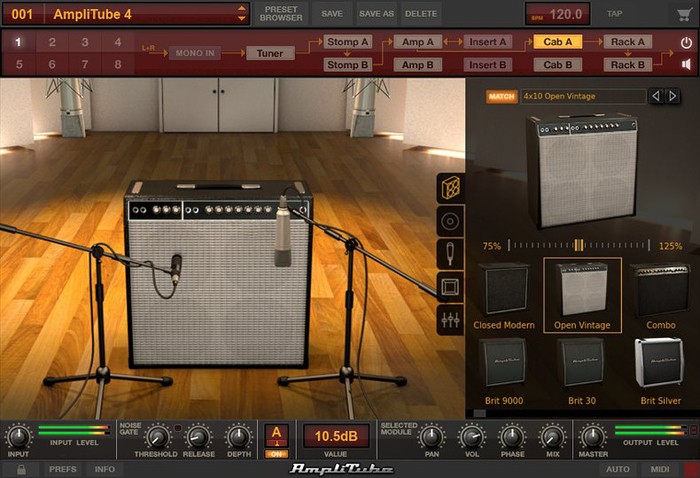 The second thing you should do is to adapt with great care the response of the virtual instrument in accordance with the velocity of the MIDI notes, if the VSTi has this option. This allows you to handle better the dynamic response of the instrument, which will lead to better results from this viewpoint and ought to make the mixdown easier by limiting the need to resort to dynamic processors.

The third point has to do with the virtual recording itself. Choose the "virtual mics" as you would a real mic to get the sound you want. If your VSTi allows you to choose mic preamps too, keep in mind the desired sound when you make your pick.

More and more virtual instruments feature built-in processors, like EQs, compressors, etc. Personally, I don't like using them at this point and prefer to save them for the mixing stage where I can play with the tools I'm used to. However, if you feel comfortable enough with them and they help you come closer to your goals in terms of sound, then by all means use them!

To finish, one last remark regarding the output level of virtual instruments. For some strange reason I can't understand, all VSTis produce extremely high levels, which, as you already saw in the series dedicated to mixing, isn't necessarily a good thing when you want to work with EQs, compressors and other plug-ins. So, I recommend you to pay special attention to the output level of your VSTis so that they feed the subsequent processors with an adequate level.