Before we begin, we would like to talk about a software published by Toontrack that may prove essential for MIDI groove snoopers: EZPlayer (€39). Every virtual drums publisher uses its own mapping to assign MIDI notes to the different drum kit elements. So a kick on BFD could be a hi-hat in another software... and that doesn't sound good. EZPlayer knows about this and can handle easily EZDrummer, Superior Drummer, Strike, Battery, Kontakt, BFD, Addictive Drums, Reason Drum, Steven Slate Drums… 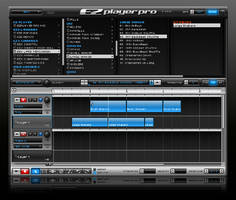 This software could serve as your MIDI file library to manage all your different virtual drums. Do consider, however, that it recognizes Toontrack files as well as classic MIDI files, but it doesn't support the grooves of other publishers, like FXpansion (BFD) or XLN Audio (Addictive Drums). To use a loop of these publishers you need to have the corresponding software and drag and drop the groove into a MIDI track in your sequencer. EZPlayer will then be able to "translate" the groove for other virtual drums to understand. So be careful not to buy a groove by these publishers if you don't have one of its virtual drums.

Among the most common publishers, Groove Monkee provides a mountain of MIDI grooves, classified by genre: rock, funk, hip-hop, metal, fusion, and some other genres that are less represented like Afro-cuban world music, Latin and Caribbean music. You can even have a mix of everything with the very interesting Twisted Beats. With a fixed price of around $20, each pack includes hundreds of grooves compatible with Addictive Drums, BFD, BFD2, Eco, EZdrummer, Superior 2, General MIDI, Session Drummer, Steven Slate and others… it is important to note that the grooves are organized in songs: verse, chorus, bridge, etc. A safe bet! 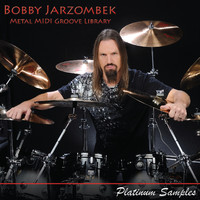 The prices are a bit higher here (up to $40), which is explained by the fact that each pack generally includes many more MIDI patterns (several thousands sometimes) than those of other brands. The collections are focused on ‘star’ drummers or specific music styles. Among its most original offerings are a Military Cadence pack dedicated to military marching music and a nice Reggae pack. It supports the most classic formats, like BFD 2, EZDrummer, Superior Drummer, Addictive Drums, SSD4, General MIDI, but also Cakewalk Session Drummer. Everything is organized in songs, and there are also individual song endings and motifs (rolls, etc.) as well.

The publisher of Superior Drummer and EZDrummer has around thirty packs (€25 each) in its catalog. They basically focus on American music styles: rock, metal, country, blues… Every pack includes several hundred files organized in songs. Do notice that, in case you don't already own EZDrummer or Superior Drummer, you will have to buy the EZPlayer (€39) to be able to use the grooves.

For €10 or €20, depending on the pack, users of Addictive Drums can buy additional grooves for different music genres, including several very original options, like Sloppy Grooves that offers rhythms played by an amateur drummer. For those of you who don't have the software, don't even bother because the files won't be usable.

Surprisingly, FXpansion only offers two additional groove packs for their BFD2 and BFD Eco software programs. The JM Essentials Vol. 1 and 2 cover rock, metal and pop-punk styles, with 50 groove and fill variations in no less than 1300 files. Both go for the same price (€29) and in order to use them you need the publisher's software. 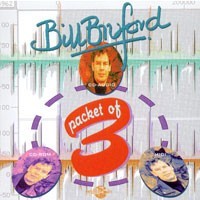 Keyfax offers the Twiddly.Bits MIDI groove banks for $39.95. The files come in .mid and Motif (ES and XS) format, and they include from very simple 4/4 rhythms to more complex time signatures (7/4 or 7/8). There are very original sound banks focusing on specific music styles, like Colombian Beats and Future Beats. And it also includes a collection created by a renowned drummer: Bill Bruford.

Smart Loops pledges that their MIDI drum loops are compatible with any software and material while recreating the feeling of a real drummer. Their first six libraries are available for $79 and cover styles ranging from disco, funk, hard rock and reggae, to shuffle and swing. Single packs cost $19 and include several hundred loops. Certain packs are inspired by renowned drummers (Jeff Porcaro, Bernard Purdie, John Bonham…) and, obviously, nothing has been quantified nor retouched!

Slam Tracks is really specialized on hard rock, punk and metal. Their prices go from $9.95 to $19.95, depending on the bank. Nothing has been quantified, but the publisher promises a lot of precision, like the genres demand. You'll get aggressiveness and power without mercy! Ideal for headbanging home-studio producers that need some drum parts. 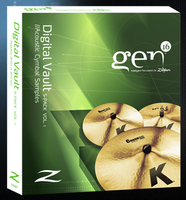 Gen16 Grooves — a brand owned by the famous founder of Zildjian cymbals — has a web site where you can choose grooves according to drummer, style, tempo, and time signature. The price is generally fixed at $6.99 and the loops are compatible with anything that supports MIDI. You can also find files in Groove Palette Format (from FXpansion) and an installer for the different BFD products (Eco and v2).

"Drum Loops with a human groove" is the motto of OddGrooves. All their banks are compatible with EZdrummer, Superior Drummer, Addictive Drums, Steven Slate Drums, I-MAP, and General MIDI. On their online store you can find a very diverse offer with some interesting libraries, like the "New Orleans Drumming" ($12), or "Crazy Drumming" (for prog and fusion fans who like extravagant time signatures: 11/8, 15/8 or even 19/16; $37). In short, here you might find things that you won't find anywhere else. 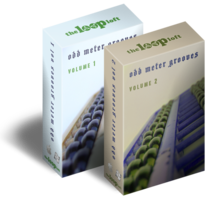 We'll end this list with The Loop Loft, who in return to their slightly higher-than-average prices ($29 per pack) provide loops compatible with most of the virtual drums and sequencers on the market. They offer different styles and time signatures. The goal of the publisher is to offer authentic grooves, that sound "real." Among the lot we find the "Odd Meter" bank with unusual time signatures to get off the beaten track.