Before focusing on the abilities of a DJ to master ever more sophisticated moves, what we expect from a DJ is that he knows how to pick songs that blend well together and to choose the right moment to do it. Choosing songs involves different criteria, one of which is the key of the songs. In other words, mixing songs whose notes fit together nicely, which results in a more natural, smooth and harmonious mix.

Here's a brief step-by-step guide to achieve just that. 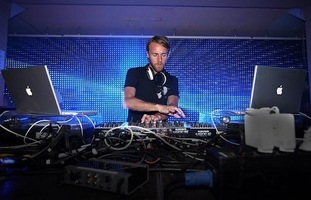 Put together in a folder on your computer all the songs in digital format (MP3, WAV...) you are likely to use while mixing. This folder will become your new playlist. If you have songs in other formats (in vinyl, for example), encode them using a recording software like Audacity (which is free and easy to use) so they are in digital format.

Detect the tempo and the key

The second step consists of recognizing the tempo and the key of each of the songs. You can do it by ear, but there's a much more faster and effective way that will save you lots of time: using a dedicated software. Mixed in Key (paid and popular) and Rapid Evolution (free and less known) are two examples of tools that you can use.

Put your mixes to the test 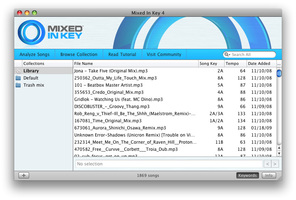 Once you know the tempo and key of all your songs, you can start testing combinations. Key detection software does not provide 100% reliable results, so you will always have to make some tests based on the data gathered.

Two songs are harmonically compatible if: 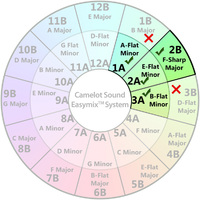 Examples of harmonic combinations that work:

Notice that the keycodes (1A, 2A, 11B) correspond to a specific note in the circle.

By following these basics of harmonic mixing you will be able to create your sets two, three and even five times faster, while also gaining in quality. Plus, you will be capable of playing more easily on the emotions of your audience...